This is a re-blog of my Term 1 project for Creative Computing.

roto escalation begins with the simple geometry of a series of slowly rotating circles in homage to the Anemic Cinema of Marcell Duchamp, which draw the viewers eyes towards the inner realm  of the projection canvas. We then move to a scene built of rectangles  introduced and arranged around the circle, then begin to pulse in a  sinusoidal rhythm which grows in intensity and begins to rotate, causing  chaos to the eyes of the viewer trying to follow its pattern. Scene  three starts with three single balls which orbit the canvas, they then  explode, as if they were a meteorite entering the atmosphere, from here  the many particles continue to bounce around in their annulus confines.  Scene four departs from the world of geometric shapes and we find  ourselves rising up an escalator from the depths of the London  Underground. The images of the people we pass (who are descending)  become fixed in time but move around the outer edges while a hectic  spray of circles lets the vivid colours from the video fly out to meet  their slit scan panorama. The piece closes with a twenty-four pointed  star covered in a rainbow of colors, the inner points rotate wildly and  become more and more erratic and the shape of the star descends into  chaos.

I was inspired by the Anemic Cinema of Marcell Duchamp (in collaboration  with Man Ray and Marc Allégret) which features simple spinning discs  (called Rotoreliefs) with geometric patterns which give an illusionary  effect of movement besides from their rotation. I then wanted to  progress beyond rotation, so used sizing of rectangles to create another  effect of movement.The  idea of bouncing balls was something we had covered it previously in  class, however I was uncertain how I could get it to work inside a ring (annulus),  as this seemed much more complex. After many days of looking how to get  a ball to bound off an arc correctly, I came up with a solution. I kept  the balls in regular cartesian coordinates, but then draw them in polar  coordinates, so the collisions only need to happen on the top and  bottom since a ring is infinitely wide along its circumference.The  idea for the escalator came to me as I knew I wanted to include  something using the slit scan code we had worked on previously. The use  of a webcam was out of scope for the project, so I knew I would need to  record some footage, and realised the escalator is a great scene since  everyone is moving, and it is a familiar scene but the output of the  long strip from the result of the slit scan isn’t something I’ve seen  before. I was also inspired by the circular screen that Pink Floyd used  in their A Momentary Lapse of Reason Tour.

I  worked with Izzy McLellan initially to come with the concept for the  layered circular canvas, and we quickly settled on three layers. I then  spent a while trying to decide on the exact dimensions and realised the  key point was to keep the ratio of the outer to inner radius of each  ring consistent across layers, so that we could reuse code by resizing  them. I chose the ratio by looking at the problem of Apollonius and made a sketch in JavaScript to test out various sizes and settled on a ring which contains twelve circles, a ratio of  approximately 0.588. I then used the sketch to make a background image  for development purposes, and used the laser cutter (which limited our  circumference to 700mm) to create a canvas using foam board.On  the night of the pop up show, we found that creating a perfect circular  projection is very very tricky, as you can’t use any of the correction  tools of either the projector or ofxPiMapper to make a shape which isn’t  already a perfect circle into one. I therefore did a lot of the filming  later at home where I was able to align the projector more precisely.

I would like to add more variation within each scene. When I saw other  people’s projects they had more nice smooth transitions within the  scene, which I think was typically done using a large number of  conditional statements. I think I could have perhaps even added a file  which would encode the time position and the variables to use at that  time point to keep the code neat but allow a lot of flexibility.

Overall  I was very pleased with the outcome of the piece. If I was repeating it  I would make sure I built the physical canvas much earlier and tried it  out sooner, as I would then have found how difficult it is to align  circles correctly and could have added more margins to the piece to  cover over issues from that. I would also like to understand C++ so that  I could share functionality between classes, the code to mask to the  ring shape, and for playing the video was repeated. 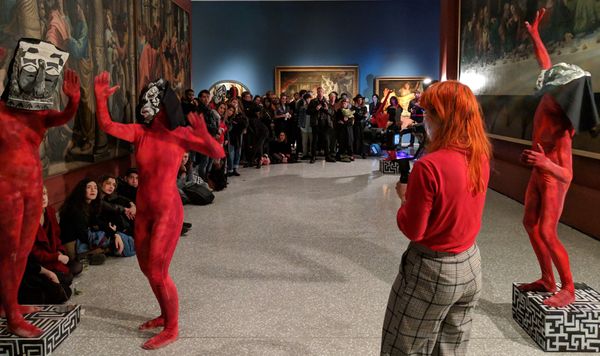 Digital sense is series of moments of translation from the physical, often to some kind of analogue hardware which then produces voltage curves which configured to produce digital output. We 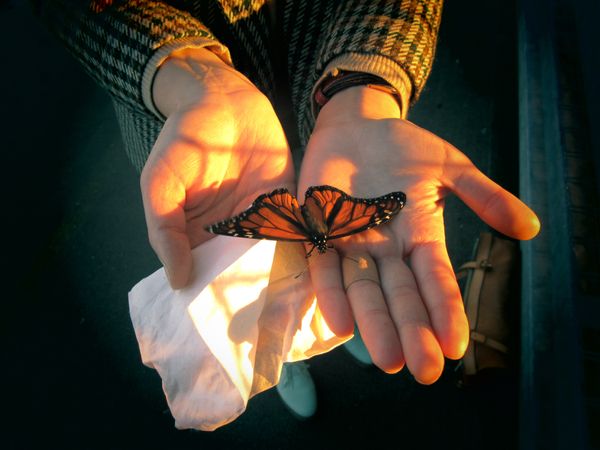 This week we looking at the ideas around touch. I read chapter five of Matters of Care - Speculative Ethics in More Than Human Worlds by María Puig de